Jeff is the spokesman for the Hot Rod Power Tour.

New! Listen to the Let's Roll! Podcast on Iheart Radio!

Listen to our audio podcast on Apple Podcasts

With Jeff Thisted and Mike Linner.

Tim is one of the top hot rod and custom car builders in the country!

Ryan Sage President and co-founder of Formula Drift Joined The Let's Roll! Podcast. We talk about how they brought drifting to the United States and what it takes to become a driver in the drift circuit. With Jeff Thisted and Mike Linner

John Gardner From Tech Garage On Motortrend Joined The Let's Roll! Podcast On 10-21-2021

The most epic podcast from tv celebrities, podcasters/media and influencers/shop owners from the car world joined us!!

Car Owner Virus Revisited:
The most epic podcast from tv celebrities, podcasters/media and influencers/shop owners from the car world joined us!!

Paul was the engine guy/guru at Classic Car Studio. He was also on the tv show Speed is the New Black. Paul recently has left Classic Car Studio and is moving to a new shop!! Tune in to see what Paul is up to and where he is going!

See what he is building now and what he has going on in the future! See it here:

He talks about how he got on the movie There's Something About Mary. He tells us how many car related movies he has been in including some of the Fast And Furious movies and much more. He has alot going on and has worked with many actors and actresses that you have probably heard of. A very interesting podcast with someone who is connected in the car world. He is hooking up with Richard Rawlings for possible future projects. Hear it all here!

Ever heard of
Overhaulin or Rides?

He created those shows and much more.

Bad Chad's 2nd Season Can Be Seen On The Discovery Channel Airing Monday's!

We interviewed my buddy Ed Golden on the www.carshownationals.com Let's Roll! Podcast with Jeff Thisted and Mike Linner. Ed has worked with so many big names in the automotive and motorcycle industry. Check it out here!

We will preview "Monster Jam Breaking World Records" On Discovery and their big Monster Jam event on August 8th on the Discovery Channel where they try to break 7 world records!
Here is a preview of the show on August 8th:

He worked with Boyd Coddington.

Was on Car Warriors On SPEED with Jimmy Shine and Ray McClelland.

You can also hear Brad on the Shift Steer Media podcast with Aaron Hagar and Matt "The Motorator" D'Andria.

He has many things going on. One of the hardest working guys in the industry. And he has a lot of cool friends!!

I would love to be like Brad Fanshaw!! Listen to this great interview!! Wow he has had an amazing run!!!

Watch the video below!!!

We are excited to have Dina on our podcast!
Read her story here:

Welcome to Dina Parise Racing. I am Dina Parise and I am the owner/driver of this DPR team. I am a former professional skater for the famed Ice Capades. Truth be told, “I traded my skates for tires and my sequins for a fire suit!” Don’t let my graceful exterior fool you. I am a fierce competitor and I mean business !
I am well aware, with being a professional athlete comes significant responsibilities. From being a representative for my marketing partners to inspiring others and taking on the social responsibility of being a role model, I am mindful that this is a 24/7 job. I take the job seriously.
When you think of Motorsports, what comes to mind? Fast cars and loyal fans of course! In actuality, Motorsports is much more than that. Motorsports is a family friendly atmosphere that lends itself well to product marketing.
Every ticket to a Drag Racing event is a ‘pit pass’. Fans have direct access to our cars as well as (me) the driver. I pride myself on being accessible to my fan base on and off the track. That accessibility is marketing gold for DPR’s partners.
Racing is just one part of the puzzle. The remainder is marketing and creating visibility for our DPR partners. Maximum visibility is achieved by utilizing everything from static displays to social media. To me, creating ROI is an art. An artist uses creative skill and imagination to create a masterpiece. The same rules apply for marketing. Creativity and imagination are what I use to create ROI for our DPR partners.
Come along and enjoy the ride here on Facebook with DPR! You can also find us on Instagram and Twitter! Looking forward to engaging with you all !
Dina Parise

She tells us what it is like driving a Jet Powered Car at 300 mph and tells us about her bad accident she had. It was a great podcast with Sarah. She is awesome! And as Jeff would say she is a bad ass!

with Jeff Thisted and Mike Linner.
Lou is well known from the tv show Car Fix. He has now started his newest project on YouTube. Garage Insider TV with Lou Santiago
Check out his YouTube Channel here: www.youtube.com/user/Louis1967santiago

Terry is your LS Specialist on YouTube and goes by Coverman66. He has done 100s of How To Videos on LS engines and other car part replacements. He has followers around the world.

See what is going on in Bogi's world and what she is up to now. Is she filming yet?

You can find all of Mark's Podcasts here: carsyeah.com

Mark's Podcasts even landed him on MavTV.

Nelson is the CEO Of Acc Performance Products Plus who is the manufacturer of BOSS HOG Torque Converters. Nelson is one of the hardest working guys we know. He has brought many of us together in the automotive industry. He will talk about his great business he is building to become a leader in Torque Converters. He also has some big news about his daughter Nora to tell us! She is invited to The SEMA Show!

The Let's Roll! Podcast with co-host Jeff Thisted spokesman for the Hot Rod Power Tour and Mike Linner from www.carshownationals.com interviews the newest couple to be on the new 2020 Overhaulin' series. Doug Campbell and Marissa DeRosa Campbell join us and we talk about how everything went on the show. We will also talk about the Shelby Daytona that The Official Chip Foose transformed. If you would like to see the new show it is Episode #2 Shelby Shenanigans.on MotorTrend TV

He announces he will be on Monster Garage with Jesse James.

Sam is on the tv show Sam's Garage on MAVTV and MotorTrend. Sam has a lot of great stories from driving the first Import turbo car on Pinks All Out to running a shop and being on tv.

They tell us about the show and what they are up to next with Flying Sparks Garage and their very popular YouTube Channel!

Jeff Thisted and I interview Cory and Brady Ranweiler from Show Cars Automotive Inc. who built the 2020 Ridler Award Winner. A 1963 Chevrolet Wagon named "Impressive". It is deemed "the most prestigious award in the indoor custom car show industry" where the top builders bring their cars to compete for the Ridler Award at the Detroit Autorama.

A must see video podcast with many great people

Take a look at the podcast with many celebrities and influencers around the United States that joined our podcast Car Owner Virus.

Mike Linner and Jeff Thisted on the podcast. Ed does an airbrush and brush demonstration on his 1974 Dodge Van 2020 SEMA project. He is a very talented artist and did a 1955 Chevy for SEMA 2019 that was featured on A&E Networks SEMA Show coverage. At the end of this video make sure you check out his 2018 SEMA build Dragonlord Van.

Luke was a young gun builder for SEMA 2019 and also competed in the Battle Of The Builders finishing in the top 12. Right now he is on the car show circuit and joins us from the Chicago World Of Wheels. He was competing at the Detroit Autorama and came away with 3 awards including best built garage car award.

David Newbern & Mike Cotten from MotorTrend OnDemand's hit new show Faster With Finnegan join the www.carshownationals.com Let's Roll! Podcast.
You know - the new show with Mike Finnegan's Fan Page
If you haven't heard about it, you've been living under a rock.
It's good fun - give it a watch
#carshownationals
#FasterWithFinnegan
#12VoltDavid
#italltasteslikechicken
#letsrollpodcast

Jeff Thisted Joins the www.carshownationals.com Let's Roll! Podcast as a new Co-Host.
Jeff is a spokesperson for the Hot Rod Power Tour and Goodguys Events and also works for MotorTrend.

Worldwide Exclusive!!! A must watch!

Joe Zolper from Garage Squad and Surprise Guest Paul Jones from Classic Car Studio Join The www.carshownationals.com Let's Roll! Podcast. We talk about the Automotive Industry and the major issues coming in the future in the industry.

Watch our latest video podcast where Ed and I interview Josh Colburn from #burnoutsforwyatt. Then we talk SEMA and several other topics.

If you missed my buddy Ed Golden last night here is the replay! Thanks for wearing the www.carshownationals.com shirt!

Ed Golden "Ed Talks" and Mike Linner from "www.carshownationals.com Let's Roll! podcasts interview Jeff Allen who is from CNBC's hit show "The Car Chasers" and also is host of the 5th highest listened to podcast of all time the "Skidmarks Show". He also has 3 cars in the new Hobbs And Shaw" Fast And Furious Series movie.

Here it is! Johnny is the Guinness Book Of World Record holder of the fastest car on street tires. He has held this record for over 10 years. 292.9 mph.
Watch the video from Gas Monkey Garage
Watch the inteview here: 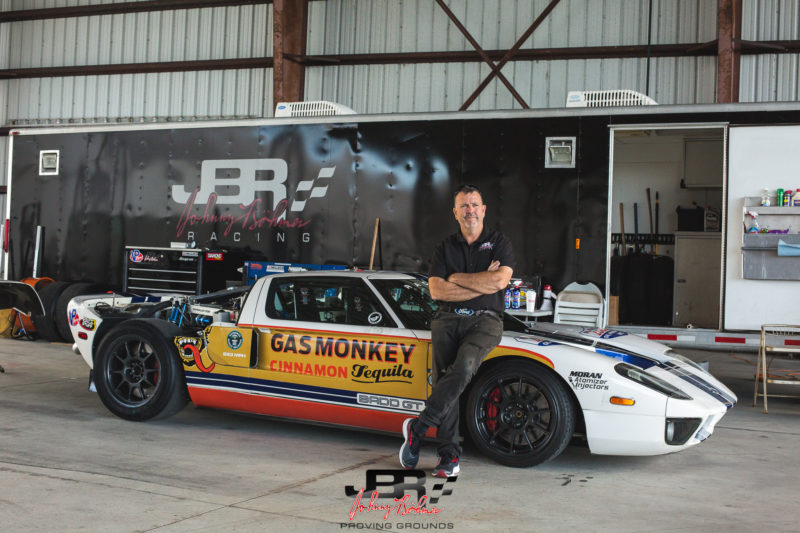 Mike Linner of Car Show Nationals was a special guest this week on “Playing N Traffic. Playing N Traffic Show is with Lou Santiago from the hit show Car Fix and Louis Lee from All Ends Magazine and Tori Diblasi who is a rear end specialist are on the interview.. Watch the replay here:

Watch William Jennings Lockwood from Kindig-it Design/Bitchin Rides on Motortrend. Ed Golden from Golden Customs NY and Mike Linner from www.carshownationals.com.
Join us as we find out what it takes to work at a high end shop and the pressures and misconceptions of being on a tv show. 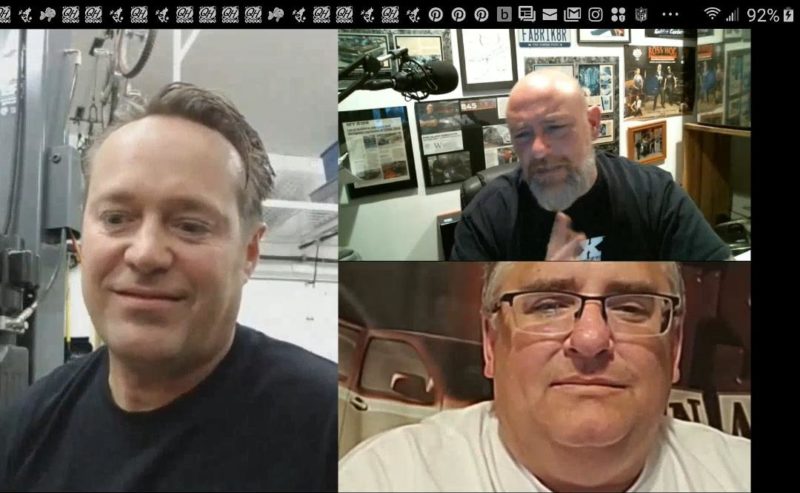 Ed Golden and I talk to our friend Nelson Gill from www.AccPerformance.Com about Boss Hog torque converters. This man knows it all on this subject!

Listen to our newest partner of www.carshownationals.com 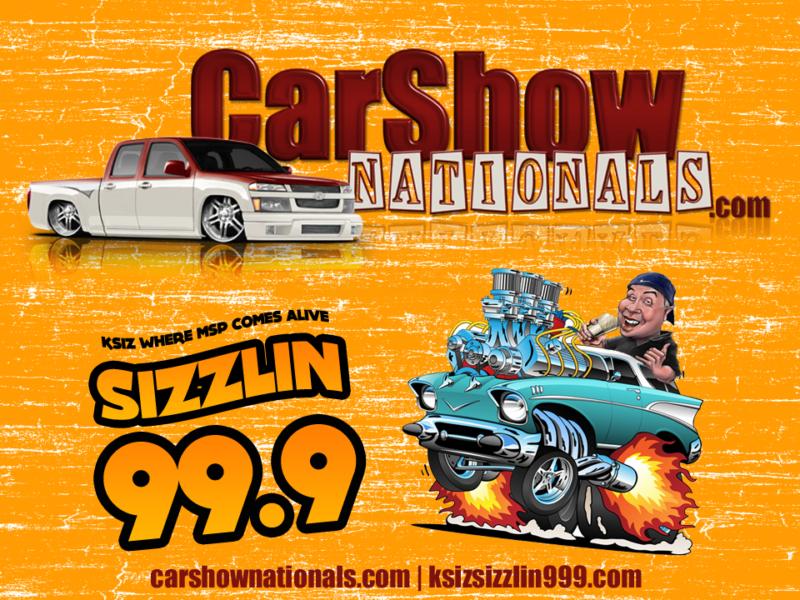 The newest Carshownationals.com Let's Roll! podcast is up!
Ed Golden and I talk about Life and what he has been up to in the custom car/motorcycle world. We talk about Overhaulin and Orange County Choppers and much more. 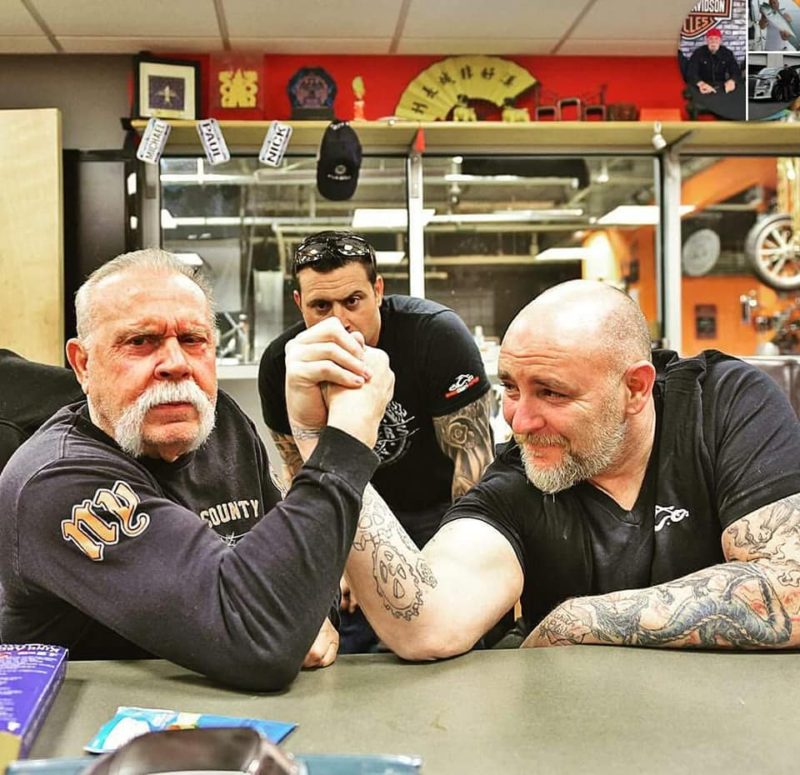 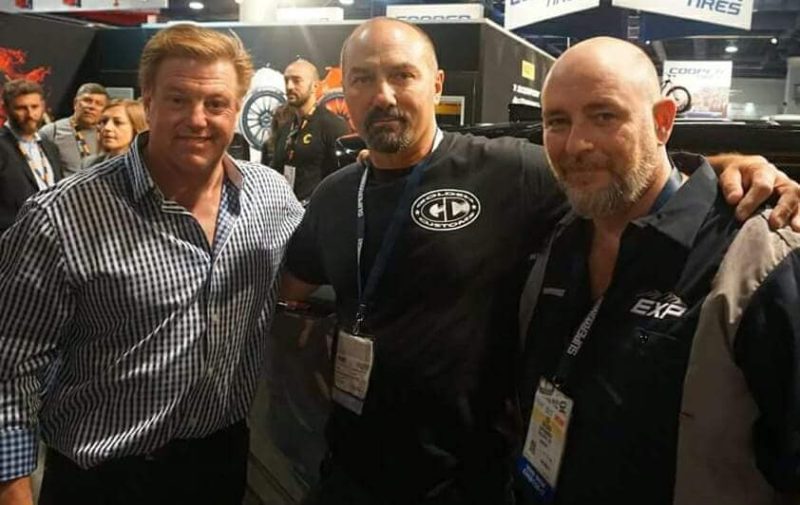 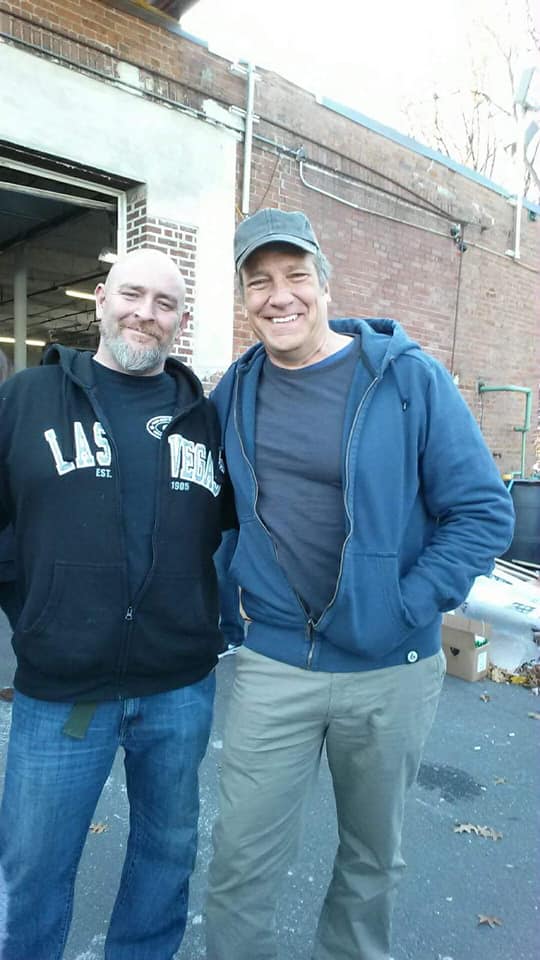 I interviewed Bad Chad from Bad Chad Customs. His new show starts on January 1, 2019 on the Discovery Channel and Discovery Go. Check out the interview here:

Eleanor Movie Car Stuck On Stage at the SEMA 2022 Reveal